This weekend was insane, and I’m definitely feeling it pretty badly. It really sucks when you don’t do anything social for an extremely long time, and then everyone wants to do stuff the same weekend! But while it physically sucks, it was still a ton of fun.

First up was a game day. A friend of mine from Mines, whom I haven’t really seen or talked to much since I left Mines about 5 years ago, has been hosting monthly game days for a few months now. Up until last month, we hadn’t been able to make it to any of them (he lives about an hours and a half away). This month’s was on Saturday from 11-5. I love game days with these guys. Everyone is very considerate of each other (in a very teasing type of way) and we have a lot of fun together. The group is so nerdy, it’s awesome. I don’t think I’ve really talked much about my nerdiness on here yet, but there will be things eventually. We played two games, but we spent most of the time just chatting and drinking. I don’t normally drink alcohol much, in fact, I haven’t really had more than one drink in a very long time. Unfortunately, they had Angry Orchard. Then someone went and got ice cream. Have you ever had an Angry Orchard float? Yeah, way too tasty. And, as it turns out, my illness symptoms disappear a bit when I drink… but then they come back after the alcohol wears off and I just want to lie down… 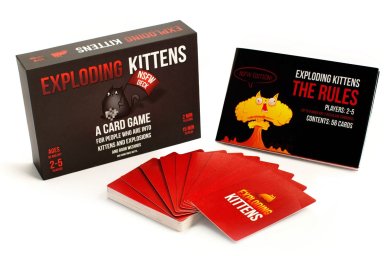 One of the games we played

Then, we left from the game day to go to a Christmas party thrown by some of Dan’s friends from Mines (both these groups have turned into “our” friends, but I usually refer to people as how we met them). They only lived about 30 minutes from the game day, so that was good. The only people we ended up knowing there were the hosts, who were really busy with the party (there were a lot of people there). I’m extremely socially anxious, so I wasn’t the most comfortable. Thankfully, Dan isn’t quite as bad, so I stayed near him and was able to have some conversations that way. The alcohol from the game day wore off during the Christmas party, so I lost all my energy. Thankfully, I was able to spend most of the time sitting once it wore off. Unfortunately, however, I had spent so much time standing my body was already completely miserable. The party was fun though, I love watching happy people and seeing Christmas decor everywhere! We got home from the Christmas party at about 9:30pm.

Dan had to fly out for a business trip, last minute, yesterday. We got up, did some chores, played Ticket to Ride Switzerland (an expansion), and then we got Panera Bread on the way to the airport. It was a yeast day, so I got to have my favorite sandwich 🙂 I have to go get Dan from the airport tonight about 11pm. Yes, it was a one day business trip. He has to do training for the launch operators down in Cape Canaveral for new software he helped develop (he and a coworker are down there). It’s really dumb, they found out that the people would be able to do the training on Thursday. But, hey, it’s just a one night thing.

This is the Europe version (the base version we have). The Switzerland map is from an expansion pack.

After dropping Dan off at the airport, I went straight to Anne’s house (one of my best friends) to make Christmas cookies 😀 We’ve decided it is now a tradition (two years in a row now), so now we have to do it every year! I take over my Kitchenaid stand mixer (the link is so you can see which one I have; I really want to get decals for it – but I can’t decide which ones!) and the ingredients for the cookies I’m going to make, then we just bake for a few hours! It’s a ton of fun. I was too tired to make more than one batch of cookies, unfortunately, but it’s still a fantastic time visiting. I also managed not to make a huge mess of her kitchen like I did last year! I’m kind of dangerous when in possession of either flour or powdered sugar… or sprinkles. Thankfully, I didn’t have powdered sugar, just the flour and sprinkles! I’ve determined it is absolutely impossible to not make a mess with powdered sugar, especially in Colorado (the air is so dry it literally flies everywhere, and do NOT sift it, whatever you do do NOT put it in a sifter). Baking is, however, a lot of standing.

I had a ton of fun this weekend, but all that standing. I got into bed last night, on the phone with Dan, and everything from my waist down was in excruciating pain. I slept horribly because of it. Thankfully, I have an appointment with Joleen pretty soon. And, emotionally, this weekend was exactly what I needed. I have been so socially isolated as of late, so seeing people that genuinely wanted me around was great 🙂