I started my LEAP diet March 28th, with my ½ phase. Unfortunately, I’ve also been struggling with some severe acute illnesses as well, so it’s been hard to tell how much the diet is changing things. I was feeling a bit better for a few days, but then I seem to have relapsed and gotten really sick. Hopefully, I’ll get over whatever this is soon, and then we can see what the diet is doing!

Since everyone seemed to enjoy my weekly FODMAP diet lists, I thought I would do the same thing for the LEAP diet! Since I’m so extremely restricted on what I can eat, I have to get creative with food. There has been a lot of “from scratch” cooking, a lot of substitutions, and a lot of frustration. I’ve lost several pounds, because I’m still working on trying to figure out snacks and other quick food, so I’m not eating as much as I should be. Hopefully, I’ll get more energy soon and can actually spend more time cooking.

Week one of phase ½, I was cooking the entire week. Every second of my free time was spent in the kitchen, which would be fine if it didn’t require so much energy. I’m completely exhausted, but hopefully I can get a better routine down.

(The lists of foods that I’m allowed to eat can be found on this post.)

Sweet Potato Risotto (with a purple sweet potato) and Chicken

Homemade Burritos, all from scratch 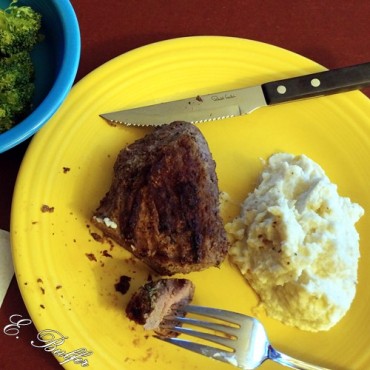 I have to make my own chicken broth, as I am not allowed to have either carrots or celery, and they’re in all of the ones in stores! It’s surprisingly easy, especially with my giant crock pot.

I’ve been struggling with hydration a little, thanks to despising water and not having most of my usual options. Most of my fluids are water still, but I do have homemade lemonade and 100% pure cranberry juice (obviously, it must be mixed with water and sugar, otherwise your face will pucker up like a cartoon character). I did discover that mixing the cranberry juice and lemonade (and diluting it a little), adding a cinnamon stick, and then microwaving it until it’s hot is actually quite comforting.

The cookie dough experiment went alright, it’s just a little too sugary so it gives me a massive stomach ache if I eat too much of it at once. It even hurts Dan’s stomach if he eats too much, which is ridiculous since nothing ever hurts his stomach (except for beer). I just need to reduce the amount of sugar in it a bit, and I think it’ll be just as good but less painful! (Hence “#1.”) I had to figure out some sort of dessert, because I was having massive sweets cravings!

I'm allergic to all nuts, peanuts and tree nuts, and cabbage. I avoid those allergens completely. I'm also allergic to yeast, beans, aged cheeses, and chocolate. Those, I can eat every third day.

I'm a notoriously picky eater. Like, extremely picky. When I moved out to Colorado (yes, at age 18) I pretty much only ate a handful of foods. I didn't mind being in a rut, and it got easier to be in a rut when I didn't have access to a kitchen. It worked out alright when, even with access to a kitchen at Dan's house, we ate out all the time. I'd just order the same thing, but Dan could have variety. However, when we decided to start making dinner at home more often (so much healthier, we were both feeling the fast food in not so fun ways)... then there were problems. He desperately wanted variety, so I decided I could try things. Surprisingly, I found new foods I actually like! So, here are several recipes that I actually quite enjoy. Hopefully, you can find a few things that you like too.
Join my email newsletter!
You'll get exclusive content, and be the first to know about any special events/sales I'm having.
Just click here to join!
Follow Finding Life's Silver Sun on WordPress.com