I’m sure you’ve experienced overexertion at some point, and it was unpleasant. It’s possible even without a chronic illness. Children are particularly susceptible because they don’t know how to pace themselves and that’s why you will see them passed out cold in random places and positions because there bodies are like “nope, we’re stopping now!”

In a “normal” (not chronically ill) person, overexertion is unpleasant, but very temporary. Let’s say you went and tried to climb a mountain that you hadn’t adequately prepared to do. You’re legs feel like jelly, you literally feel like energy is being sucked from you body like in a horror movie, you can’t seem to quite catch you breath, your eyes keep closing on their own, and all you can think about is whether or not it’s possible to eat/drink while you’re sleeping. So, you eat way too much food and climb into bed. When you wake up in the morning, you’re really sore, but you have more energy and you eat more food and go to bed earlier than usual. The next day, you feel like you’re almost back to yourself and you can easily perform your usual tasks with only minimal annoyance from the sore muscles.

Now, imagine you’re chronically ill. You already don’t experience restful sleep on a reliable basis, your muscles are already weak despite doing all the exercise you are medically cleared to do, you have pain/discomfort in multiple places on a constant basis, and doing normal tasks takes more energy than it takes your “normal” counterparts (how do people do grocery shopping and clean the house in one day?!) … Now, let’s go do something huge. As you may imagine, this is not going to go well at all…

I did just that in the middle of October. Since September, I had been doing really well and actually getting a decent amount of exercise (a lot of exercise for me, actually). I got a fitness tracker and have a goal of 3000 steps, and I had been able to meet it about 75% of the time! Then, my friends invited us to a corn maze (they do it annually at different mazes in Colorado). 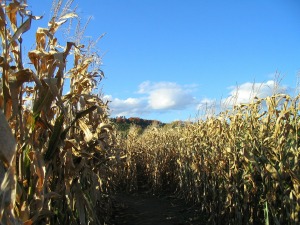 Not my photo, it’s from Pixabay

We get to the corn maze, and are greeted by ice cold wind that is blowing so hard it is causing adults to stumble with each gust. Apparently, the wind blew over two port-a-potties as well, but that’s based on a friend’s account – though I did witness them rocking around a bit and made Dan stand right outside to keep it upright while I was using it! My energy was getting drained quickly, and my body was getting stiff from the cold.

Then, we set off into the maze. Thankfully, shortly after we started the wind died down quite a bit because it would have been absolutely horrid otherwise. I’m glad I had my hiking boots on, because the trails were extremely muddy. The ground was uneven and you could barely tell they were actual trails in some spots. The irrigation ditches also had not been covered so there were random foot deep trenches crossing the paths. It wasn’t just the walking that was treacherous, I also discovered that the field was covered in these green weeds that it turned out I was severely allergic to. Everyone tramping on the weeds released even more of my allergens, so by the end of the evening I couldn’t breathe through my nose and my tongue had a rash on it. I also hit my hand on a weed and it started burning, but it didn’t have a visible reaction so I just left it alone.

I also didn’t do the smart thing and opt out of following my friends into the longest maze. They chose to do the long maze last (there were 4 of varying length and we didn’t do the 1/3 mile one), and I was quite tired before going in. My hip flexor gave out about half way through the long maze, so each step was agonizing.

By the time we got back to the car, I was on the verge of a sensory and autistic meltdown, and we had walked about 5 miles. I knew I was going to pay, but I didn’t realize how hard. I took Benadryl, and we headed home. 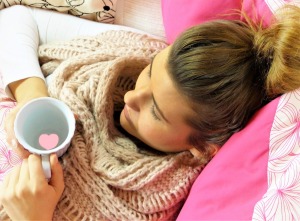 The next morning, I woke up and thought I had managed to get the flu again. Yes, my body reacted that violently. I felt like I hadn’t slept in 48 hours, my body was so sore that the sheets were painful, I was still itchy all over (I took so much Benadryl), I could barely converse through the fatigue and brain fog, I was extremely pale, my eyes were bloodshot, I had a cough (allergy related, I think), my voice was almost gone, and I just wanted to sleep for days. Dan was worried I contracted something as well, but he suspected it was overexertion. And yes, yes it was. The next day, I felt a little better but was still experiencing everything. It took an entire week, with very little progress day-to-day, before I started feeling like myself again.

Dan was absolutely fine the next day (he does not have any chronic illnesses/conditions), and my pregnant “normal” friend was just tired and sore the next day… and she’d been pushing the stroller for her one year old through the long maze. I didn’t overdo it for a “normal” person, but I crashed far harder than a “normal” person will when they experience overexertion. Dan is not in amazing shape, he’s not in terrible shape either but he works an office job so he doesn’t get to work out as much as he’d like, so that’s not why he felt fine. Some of our friends that are in worse shape than Dan also felt fine.

Why am I telling you this? So that you will better understand any people in your life with chronic illnesses or other health conditions. When we say we can’t do something, we really do mean it. When we do something, and then can’t leave the house for a week, it’s because we way overdid it even though you think it was nothing.

I am in pretty good shape for a chronically ill person, at least right this moment, and I still crashed this hard after an afternoon in a corn maze. I’ve been going for walks almost every single day and do Pilates two to three times a week. And that’s where people don’t get it. I’m literally doing everything I can for my body, but this still happens.

Please, be more understanding. If you want to hang out with your chronically ill friend, and they say no to an activity, say “I miss you and would love to hang out, when and what can we do so we can catch up?” Sometimes, you may just have to go to their house and watch a movie with them while they’re still in their pajamas… But trust me, doing that will make their heart so happy it will be on the verge of bursting!

2 thoughts on “Overexertion in Chronic Illness”