Whoops. I kind of dropped off the planet for a bit. Though, I have to admit, my three day hiatus from the internet was kind of nice. 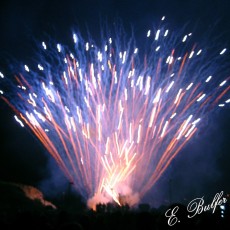 Saturday was my 26th birthday. I can’t believe I’m 26. It’s odd. I am actually starting to finally feel a bit more adult. At the same time, I still feel like I’m “pretending” half the time, but it sounds like that feeling never goes away. Dan and I are starting to fall into an “adulting” rhythm (meal planning, house stuff getting under control, organized, etc) that seems to be really helping to add to the feeling of being an adult. Oh, and I should be graduating in May, which should really help. Not having homework anymore will probably make me feel older.

I woke up on Saturday feeling awful, actually. That morning, it appeared that my new headache medication was really kicking my butt. Or something. I seriously just felt horrid. I was exhausted.

Like, I got out of bed and took a shower and could barely get back into bed type of tired. I’d been up all night tossing and turning and having serious temperature swings and having to pee and it was terrible. Before bed Friday night I’d also suddenly been hit by a wall of exhaustion which pretty much meant Dan had to put me to bed. Thankfully, after rest and some fluids I felt a bit better and was able to get myself pulled together enough to enjoy my tiny get together. Three friends came over and we chatted a bit, played a game, and went to dinner. It was a lot of fun. I pushed myself a little harder than I probably should have, but it was still a much needed emotional uplift. I also realized I do not talk to people outside this blog often enough (or outside of Dan often enough) as I accidentally talked about my physical stuff a little more often than I meant to. Oh well. Thankfully, the friends that came seem to really understand what goes on with me physically so they were very understanding.

END_OF_DOCUMENT_TOKEN_TO_BE_REPLACED

So the pill days still seem a bit rough. I’m not completely incapacitated today, however, just a little more ill than I wanted to be. My digestion is still a little worse than I’d like, and the nausea and cramping are back. Thankfully, nothing is as bad as it was. I would definitely say I’m adjusting, but I wouldn’t feel comfortable leaving the house for too terribly long while I’m like this. Hopefully, it’ll be okay soon. I think I’m going to restart my probiotic on non-pill days to help keep things moving. Luckily, actual meals yesterday seemed to go just fine 🙂 Hopefully this is a sign that things are going to look up a bit!

So far, today has been a random and sudden surprise. I woke up, and I realized I no longer felt incredibly ill. Of course, I was tentative about it. The nausea was still slightly present, but that’s been pretty constant for several years at this point (I wake up nauseous daily). I ate my oatmeal, and expected the cramping and pain to start back up… but it didn’t! I got dressed, and still nothing. I used the restroom, which is where things usually take a turn for the worse, and my intestines only did a minor bit of spasming but without pain. I went to my first class, and made it all the way through without pain. I went to my second class, and made it all the way through that one without pain too!!!!! I’ve been home for over five hours now, and still [belly] pain free! Each time I use the restroom there seems to be some residual spasming, but no pain and no unpleasant bathroom things. So far, so good! I’ve been able to eat my oatmeal for breakfast, and two blueberry muffins AND some buttered noodles for lunch. I’ve been able to drink some water and a Pepsi and some green tea. So far, I’m actually feeling a lot better.

END_OF_DOCUMENT_TOKEN_TO_BE_REPLACED

“Belly” means my entire digestive tract, by the way. I just think it sounds less gross to say “belly” than it does to say “intestines.” 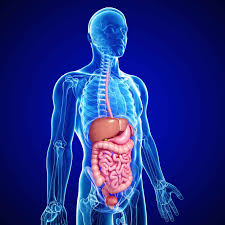 My belly is still causing major issues. Yesterday was a pill day and I ended up having some pretty bad issues. I was really gassy and then got pretty sick later. From how things looked, it looks as though my digestive system is suddenly moving things way too fast; which is how it feels too. Hopefully, it’ll slow back down because I don’t want to end up malnourished. That wasn’t fun and I ended up completely exhausted and unable to do stuff around the house I really wanted to do.

Today, I woke up in TONS of pain. My belly is incredibly cramped and I keep getting more severe pain that comes and goes… so I can tell the pain is related to stuff moving on through. Not fun. It hasn’t really gotten too much better throughout the course of the day. Nausea has improved, at least, but the pain is pretty bad. But with the nausea doing better, I was able to eat a regular meal (we had Panera Bread for lunch). Hopefully that will get a good deal of nutrients into my system before my next pill day tomorrow (I’m also hoping my next pill day goes much better).

I haven’t taken my probiotic because it can cause diarrhea too, and I don’t need two medications doing that. However, I’m starting to wonder if it might help with nutrient retention and speed up the “getting used to the medication” process…

While I don’t feel completely like death, I am attempting my homework. So back to catching up I go…!

I hate throwing up, almost to a phobic level. I do pretty much anything to avoid it. When I’ve gotten sick enough that I’m pretty much begging my body to throw up just to get a little relief, it’s a good sign that I’m pretty awful. Tonight is like that.

We had blueberry muffins and scrambled eggs for dinner (a favorite). Normally, I’ll eat my share of the eggs (I love eggs) and 4 muffins (they’re smallish)… After eating my share of the eggs and two muffins tonight, I had that sort incredibly full feeling that just aches. Usually, that feeling goes away again in about an hour or two. Nope. Five hours later and I still feel so crazy full I can’t stand it. I just want to throw up so I can not feel like this anymore – it’s making me nauseous and cranky. I realize one of the possible Linzess side effects is feeling overly full very quickly and staying that way. This feeling better not stick around or I’ll be losing weight in a very unhealthy manner… Ugh.

I really wish my belly would just get with the program and stop panicking over this new medication.

Yesterday, I thought I was doing a little better. I was excited because I ate 1.5 burritos for dinner (homemade, so not gigantic). I have only had a handful of “real” meals the last few weeks, eating mostly just buttered rice or noodles or drinking Ensure. Unfortunately, either my body hated the burritos or it really is having a hard time with this new medication. I took it this morning like you’re supposed to (30 minutes before your first meal, on an empty stomach)… And after just a few moments my stomach was crampy, gassy, and painful. Not sure if it’s simple because I woke up more and noticed it, or if it’s the medication.

Either way, I’m definitely missing my first class because sitting up has been pretty brutal. Hopefully I can get to my second class.

Today was not a pill day, so I don’t know if that has to do with it. However, I’m still feeling awful. I have Pilates today, and I really need to get my [allergy] shots… but I have absolutely NO energy. My alarm went off at 8:30a because I forgot what time I had Pilates (last night, my brain said it was at 10a, but it’s not until 12:30p), but I didn’t have the energy to get myself out of bed until after 11a. I’m still incredibly nauseous and feel like I’m on the verge of throwing up. So far, the two blueberry muffins I had for breakfast are staying down. I hope the Pepsi I’m drinking will help (carbonation calms my stomach, yes it’s weird) with both the nausea and the energy level. Luckily, the other portion of my stomach problems seem to have resolved. I’m hoping they stay that way, but I doubt I’ll know until I eat more. I was actually running a low fever last night, which is on the list of Linzess side effects, but I don’t know if it’s just a side effect of if it means I’ve picked up a bug. I guess I’ll have to wait and see.

I wrote this whole post and then my stupid phone erased it, so here we go again:

It appears that the Linzess side effects have appeared. My GI has me taking one pill every other day (as opposed to daily) because my system is so hyper-responsive, and he didn’t want me to swing to severe diarrhea. Apparently, my system is still a little too responsive. At least, I think it’s from the Linzess.

I had to leave school in between my classes today (which means I had to miss my second class again). END_OF_DOCUMENT_TOKEN_TO_BE_REPLACED

Seriously, WTF is going on? I am at a loss. I really haven’t pushed myself that hard and I’m miserable. I don’t get it.

END_OF_DOCUMENT_TOKEN_TO_BE_REPLACED

Now I’m writhing around in bed trying desperately to find a position for some relief while also trying to move agonizingly slowly because I don’t want to shake my stomach up and vomit. Don’t know what happened, but suddenly the urge to vomit appeared and it won’t go away, even with Zofran. Dan thinks I ate too many allergens. I don’t think that’s the whole picture, but all I do know is I feel awful.

I don’t want to vomit because last time I started I needed to go to the ER to stop… But I also kind of want to so I might feel better. What would be really nice would be the ability to remove my stomach until it calmed down. Oh, and sleep would be fantastic.