Thanks to my friend Ashley (too many friends named Ashley, haha, this one has two kids), I discovered the blog site Scary Mommy. No, I’m not a mom… not yet. However, I want to be a mom more than I want to be anything else. It’s been that way forever, but it wasn’t ever an acceptable response to the “what do you want to be when you grow up?” question… it still isn’t, but I’m finally not afraid to admit it. I get the feeling everyone feels like I’m betraying the work everyone is doing for women’s equality… but I view it completely the other way. I’m 100% for working women, more power to them. I’m 100% for working men, congratulations. I’m 100% for stay at home women, more power to them. I’m 100% for stay at home men, more power to them too. I’m 100% for equal rights for every single person on the planet with no exceptions (well, there are a few exceptions where I think that someone loses their humanity, but it’s a similar method to creating a horcrux). Anyway, the reason I love Scary Mommy, is because they are 100% for everyone too. They give equal voice to all sides of motherhood, and attempt to stop the “parent shaming” that is rampant in society today.

I read an excellent article on Scary Mommy today. The article is called: “I Was Raised Without Religion – And I’m Glad.”

Now, I usually try to keep my spirituality private, because it’s very complicated and has caused massive social issues for me in the past. I won’t actually go into it much here either, but it took a lot of time for me to formulate my beliefs into a cohesive system. Time I only had because I was raised without a religion. Like the author of the article, it wasn’t because my parents weren’t religious. Both of my parents are relatively religious, my mom more so than my dad, but their religious views vary and they weren’t able to agree on which one my sister and I were raised with. While some people may view this as a failing, DON’T. Like the author of the article, I was not raised without morals, but I was raised with morals in a way that really made them stick (in my opinion). 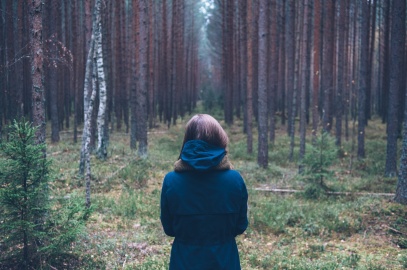 You see, instead of being raised to do something for the sake of my eternal soul, I was raised to do something for the sake of the world and being a good person. If you see someone struggling, ask if they want some help because it’s the nice thing to do and will make that person’s day that much better. If you get angry with someone, take a deep breath and don’t tear their head off because it’ll make their day worse and the world doesn’t need the extra anger in it. Instead of “be nice or you’ll go to Hell,” it was “be nice because it’s how to make the world a better place.” I see nothing wrong with that at all, and in fact, I think I’m better off. Why? Because I never did “the right thing” expecting some sort of eternal reward, I did it because it was how to make the world as a whole a nicer place for people in this moment.

Because I was raised without religion, I was also free to disagree with them. I experimented with the religions I had access to, and I was able to take a critical look at them before deciding if they fit. I have nothing wrong with many belief systems, what I disagree with is how many of them are handled. People have been taking major organized religions and tweaking them for personal agendas for centuries, and thus have introduced so much hypocrisy that they aren’t even the same religions anymore. My personal beliefs actually align with many of the core beliefs of many of the major religions, yet, I’m still always told I’m wrong. However, I have to thank my parents. Profusely. They know that I don’t follow along with their religions, but they know I’m a good and moral person, and that my beliefs do not threaten that in any way. They have given me the room to grow, knowing they taught me the important lessons in life, and love me just how I am. I know they are proud of the person I’ve grown up to be. My parents, my husband, and I know I’m a good person, and I do my best to show that to the world.

3 thoughts on ““I was raised without religion” – from Scary Mommy”